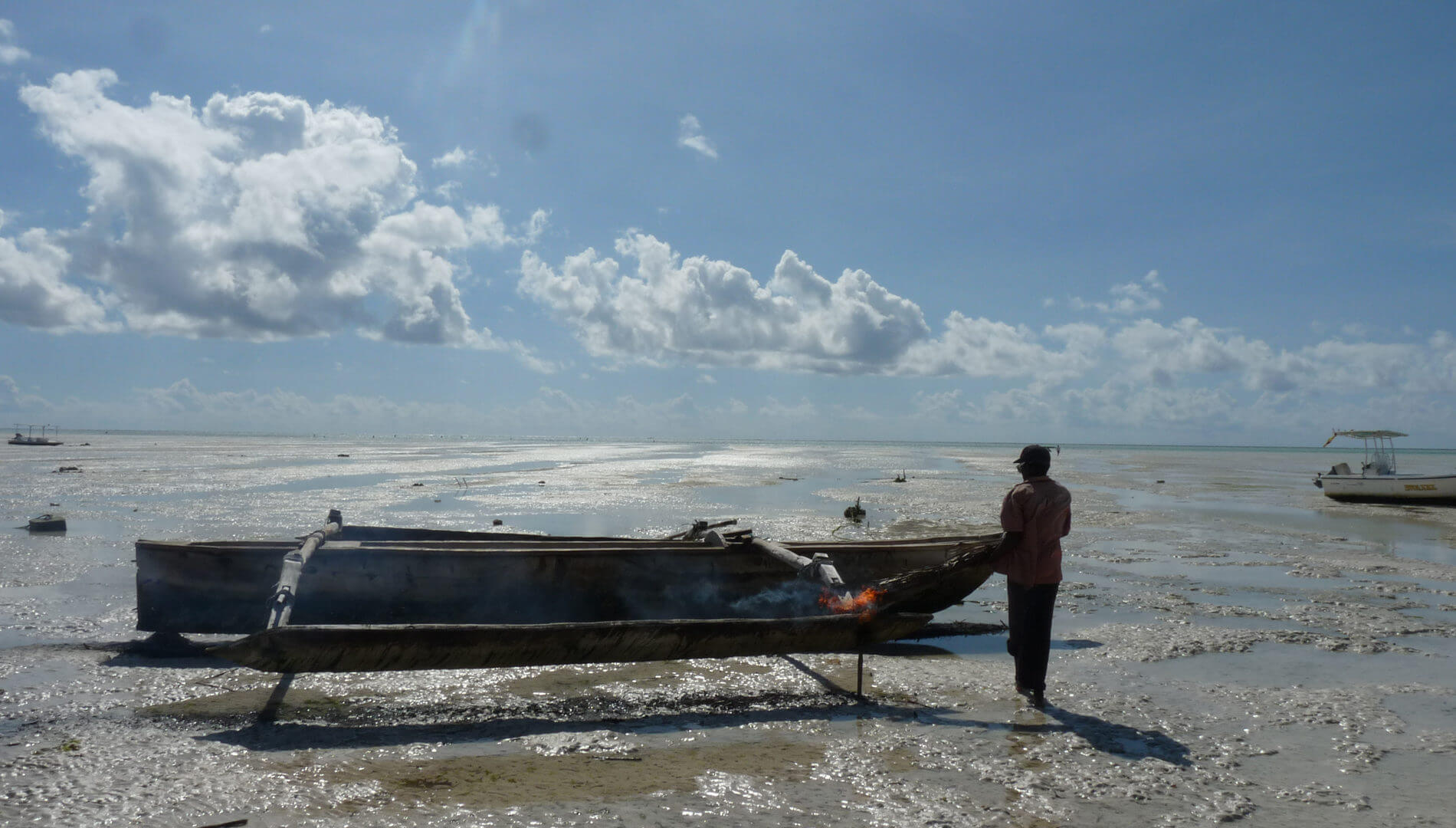 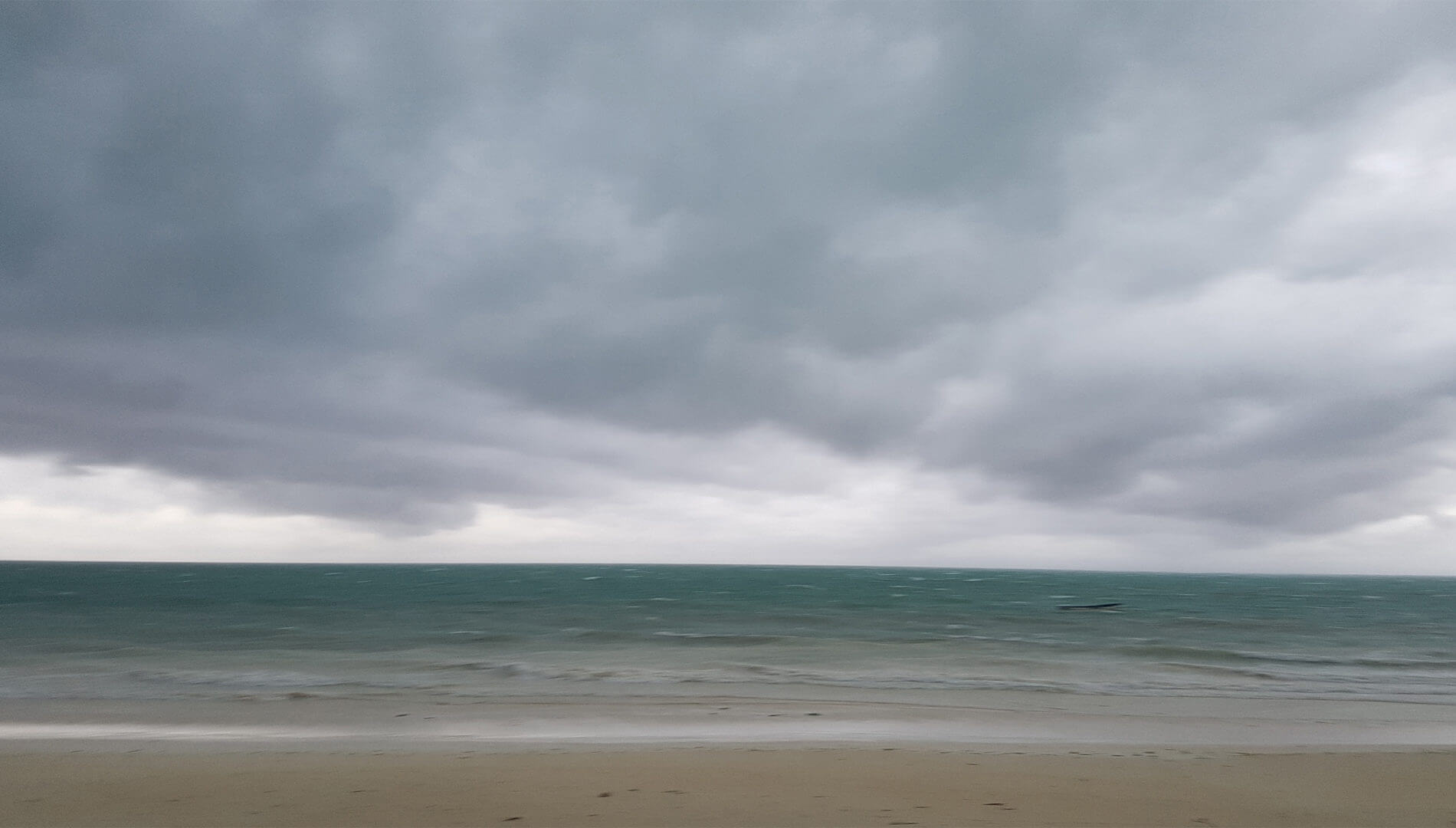 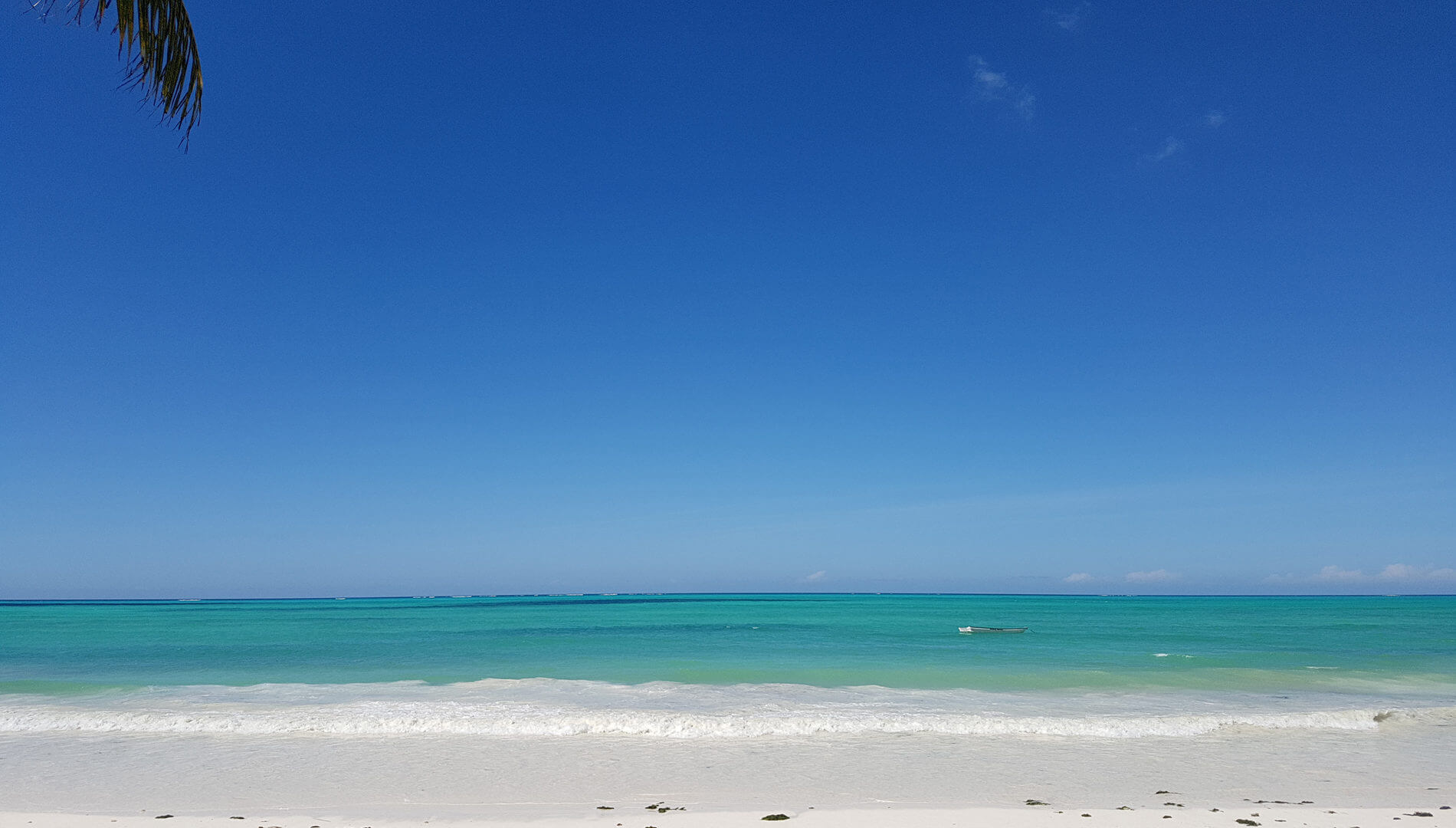 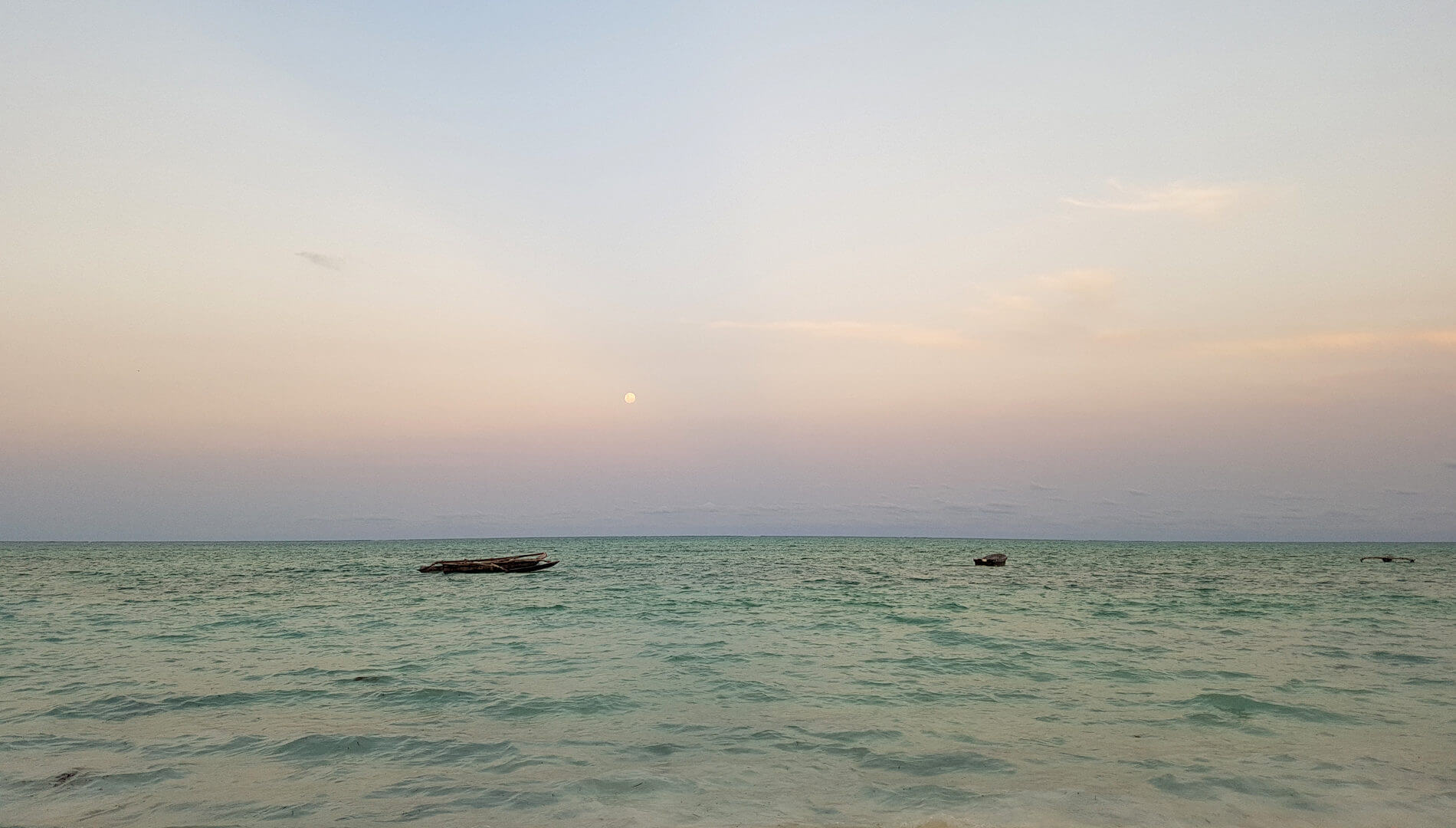 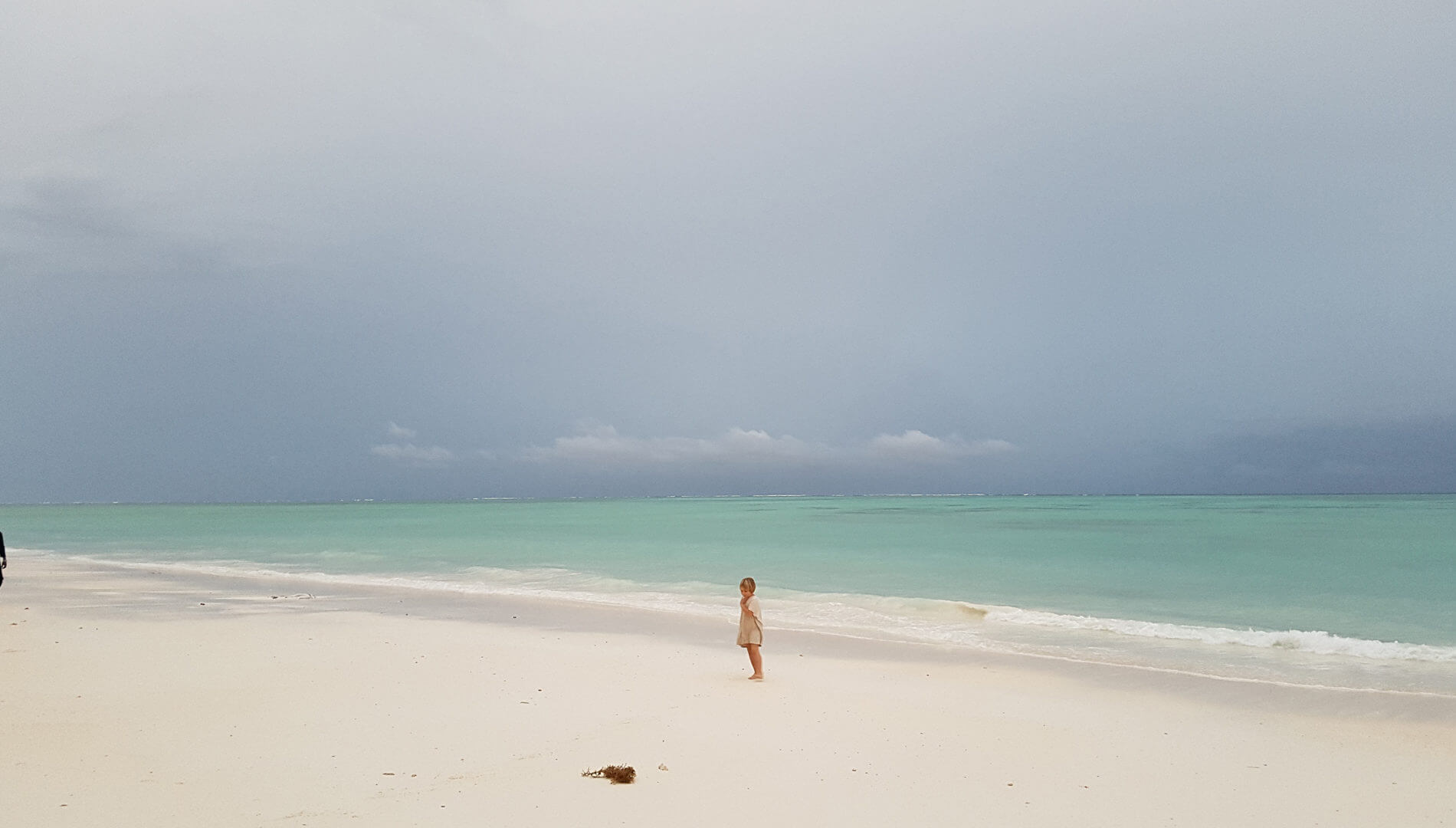 When to visit definitely depends on your interest.

Leisure travelers can visit the island at any time of the year with the exception of April and May when the change in winds direction leads to an increase of rainfall but if you are planning to simply relax on the beach the very best months in Paje are October, November up to mid of December, 2nd half of February and March when the lagoon is free from kitesurfers. Conversely best months for kite surfers go from June to September and again – although with milder winds – from mid of December to mid of February. Best diving months go from October to March.

Below follows a little bit more detailed definition of the island’s seasons:

The Tanzanian coast has a tropical maritime weather that is strongly influenced by periodic winds, known as the monsoons.

From April to October, the southern monsoon (Kuzi) blows from the south, south-east and from November to October, the northern monsoon (Kazkazi) blows from the north, north-east. During the colder months of the year, temperatures never drop below 19°C (at night), while in the warmer months of the year the higher temperatures don’t exceed 33°C.
The best times down on the coast are generally considered to be Jul/Oct and Dec/Mar. 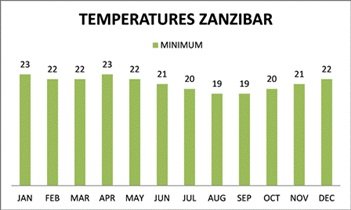 These are the driest months of the year, although as is typical of the tropical coast, occasional rain showers occur an average of two days a week. The temperatures during the nighttime fall to an annual average of around 20° C, while the daytime temperatures remain very pleasant. These months are notorious for strong winds, which blows from the southeast, sometimes accompanied by short showers. The average wind speeds are between 11 and 22 knots, however on some days it can reach and exceed 25 knots, blowing from the south – south east, parallel to the east coast. That wind (known as Kuzi) may have an adverse effect on offshore activities (diving or sailing), while the impact on the relaxing vocational activities on the beach are minimal. These are of course good months for surfers and kite surfers

September and October are among the best months of the year for a beach vacation. Much like the previous months of the year, the rains are at their annual lowest but the southern monsoon is now weak. The sea is calm and the visibility underwater is excellent, eliminating any potential problems for open water activities. The temperatures are slowly on the rise, but remain still very pleasant. These are excellent months for a beach holiday on the island.

Usually early November the wind start to change direction blowing southward instead than northward. It’s the Kazkazi monsoon. This is a time of flux that can bring to interspersed light rains. That should not adversely affect the beach holiday or any boat excursions but it can create less favorable conditions for divers. Being the wind almost entirely absent this is not a good time for kite surfers. The temperatures have now become high.

These months fall into the traditional Green season along with November, March, April and May however January and February are generally the driest months of the season. The northern monsoon (Kazkazi) has now picked up. It’s a much lighter and less regular wind compared to Kuzi but it can occasionally peak on some days, particularly between the end of December and the first half of January creating good condition for Kite surfers.

The temperature and the humidity are at their annual maximum. Overall it’s considered to be a pretty good time to be on the island.

The weather of the first half of March is pretty much similar to that of February, while the second half of the month presents the possibility of heavy showers, though – as is typical with the tropics – the sun rarely fails to show during the course of the day. The wind is weak and doesn’t present a threat to boat excursions, however could be problematic for divers. Conditions are not good for kiters and surfers. Temperatures and humidity level remain among the highest of the year.

Suddenly, usually in early April, the winds swing again. The return of Kuzi (the southern monsoon) leads to an increase in the rainfall and for about two months it can rain almost every day, even if – as is typical of most tropical regions – the sun rarely fails to show during the course of the day. Temperatures return to more pleasant levels and in between the rains the sky is blue and the air clear. We are normally closed during these months for renovations and maintenance jobs.